Located in the middle of the lovely Walthamstow Village, the Vestry House Museum sits in its own beautiful garden and certainly offers an oasis of calm in the midst of the bustling city. The museum focuses on the history of the Waltham Forest area. The building itself has had a rather chequered past, having been a parish workhouse, police station and private home. Now, in its current guise of local museum, it proved to be a treasure trove of information and artefacts.

In the morning we reviewed some of the many documents the Archivist and Assistant Curator had kindly prepared for us, focussing principally on items relating to British Xylonite Ltd (BXL).

The British Xylonite monthly company magazine proved to be a goldmine of information on factory life for both management and staff, covering a wide range of topics. The magazines provided updates on company sales, product developments, trade events and the like, but also reported on company social events a little nearer to home like the opening of the new Athletics Pavilion in June 1936, the Staff Sherry Party in December 1955 and the then seemingly brilliant news in March 1970 that M&S was switching 100% to the use of plastic bags in all its branches. How times change!

Anyway, from reading the magazines it was evident what a benevolent employer BXL had been, not only a pioneer in respect of their products, but also pioneering in its attitude to the welfare of its workers. Evidently in the first edition of the magazine in 1922 the then chairman, Mr C P Merriam, said that “the prosperity of the company is completely identified with the prosperity of its employees – you cannot have one without the other.” In these days of excessive corporate spiel such a statement might seem trite, but, given the numerous examples of measures taken to improve the lives of the workforce, I sensed a heartfelt sentiment behind this declaration.

In addition to the company magazines there were several product catalogues, which not only highlighted the company’s broad product range, but also provided us with more useful detail on some of the items we saw at the Museum of Design in Plastics earlier in the year. 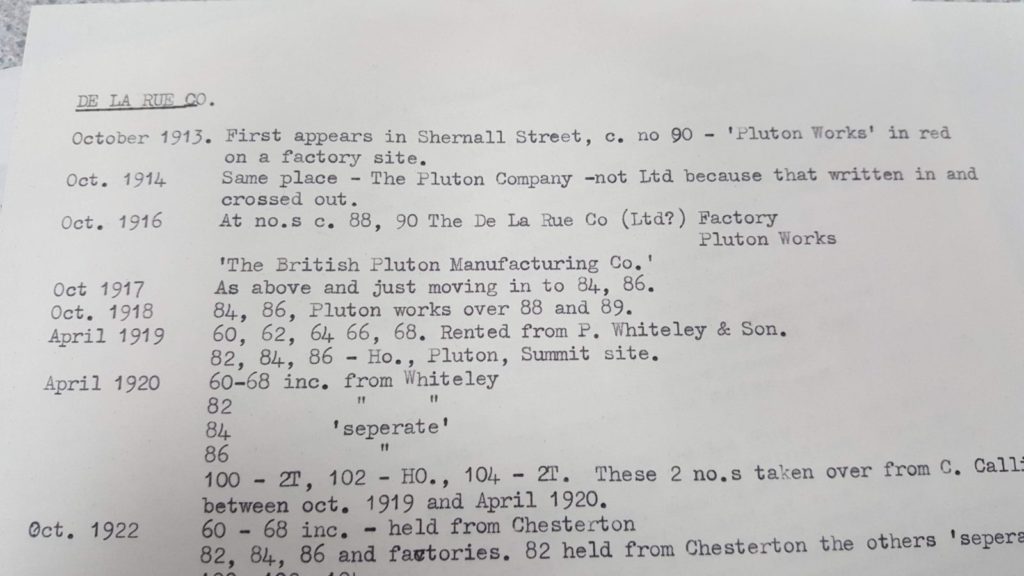 In addition to learning more about BXL we also unearthed details of another plastics manufacturer based in the Walthamstow area, namely the Pluton Manufacturing Company Limited, which was based initially based in Shernall Street. In 1911, De La Rue, a company more associated with the manufacture of bank notes, playing cards and stamps, acquired Pluton. Within the company’s range of moulded products were the “delicately coloured tableware” range Enduraware and the small moulded cabinets designed to hold the increasingly popular radio wireless sets.

As production grew to meet growing demand for plastic products the factory became increasingly overcrowded and so in 1936 the business opened a new and more up-to-date factory on Walthamstow Avenue, next to what it now the North Circular. It was in the mid-1930s that the company built and designed a machine to begin experiments with plastic laminates, experiments which resulted in the discovery of decorative laminate product which was ultimately sold under the brand name Formica. Production continued on the Walthamstow site until 1982. 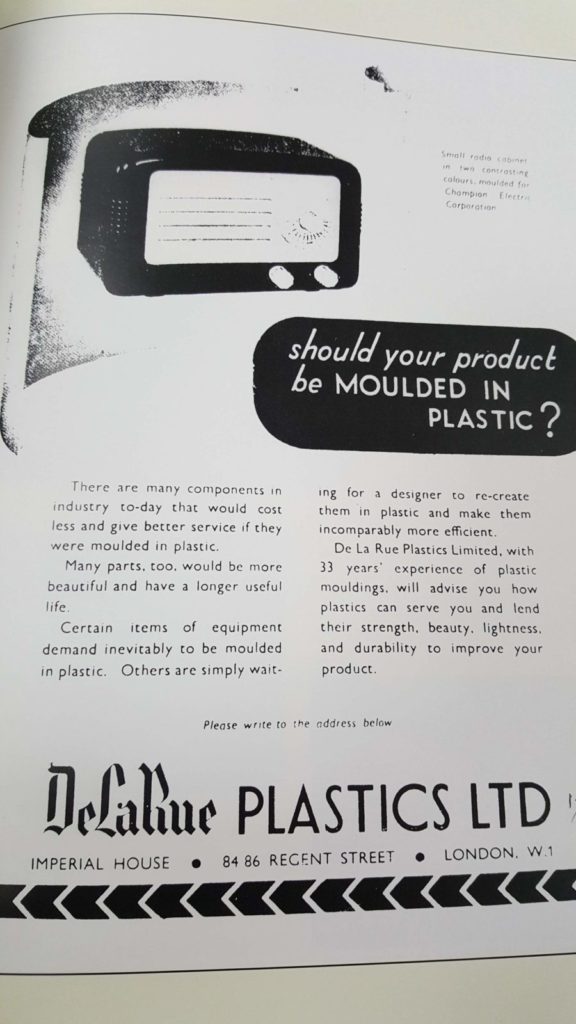