Visit to Newham Archives, by Steering group member Basil Olten, an artist who teaches ceramics in the local community.

“Like personal memory, social memory is also highly selective, it highlights and foregrounds, imposes beginnings, middles and ends on the random and contingent. Equally, it foreshortens, silences, disavows, forgets and elides many episodes which – from another perspective – could be the start of a different narrative”[i].

This quote from Stuart Hall highlights the many stories, narratives and perspectives that are possibly held in an archive and the manner in which each image, line of text or train of thought is waiting to be selected, discovered and interpreted by the community member/ researcher to be highlighted and placed into a different context.

As a member of the Community Steering Group for Raw Materials: Wood , a heritage project looking at the history of wood and its legacy along the River Lea, I was looking forward to be given the opportunity to investigate how the legacy and histories of different cultural groups are stored and inherited from past generations, maintained in the present and kept for the benefit of future generations.

On arriving at Newham Archive and Local Studies Library, it was a revelation in itself to discover that the London Borough of Newham was created in 1965 from the former County Boroughs of East and West Ham. This one simple fact and the way in which place names sometimes have an integral truth and relevance unbeknown to the local community intrigued me.

By locating itself in the library, a repository of knowledge, the archive exudes an air of authority as the guardian of local community knowledge. A community’s identity and sense of self is partly based on its memory of itself and in the way in which it commemorates and celebrates.

Memory and identity are two sides of the same coin. Ultimately, memory is tied up with the equally complex question of identity, personal identity and social or cultural identity[ii] An archive is a place of memory and a place that stores memories and organises meaning in some concrete form to be interpreted by the senses. It is both the physical and the ethereal residing in the realm of collective and individual imagination.

Even though I was visiting Newham Archive with the intention to research the history and usage of wood in the River Lea in its many varied forms and manifestations, the only way I could approach this vast and interesting subject area was to find some kind of personal link with the immense collection of data held in the archive and not be tied down by any pre-conceived idea.

I was aware that the archive was not a neutral space so I wanted to utilise self-reflection to explore my personal experiences and attempt to connect to wider cultural and social meanings of the project. 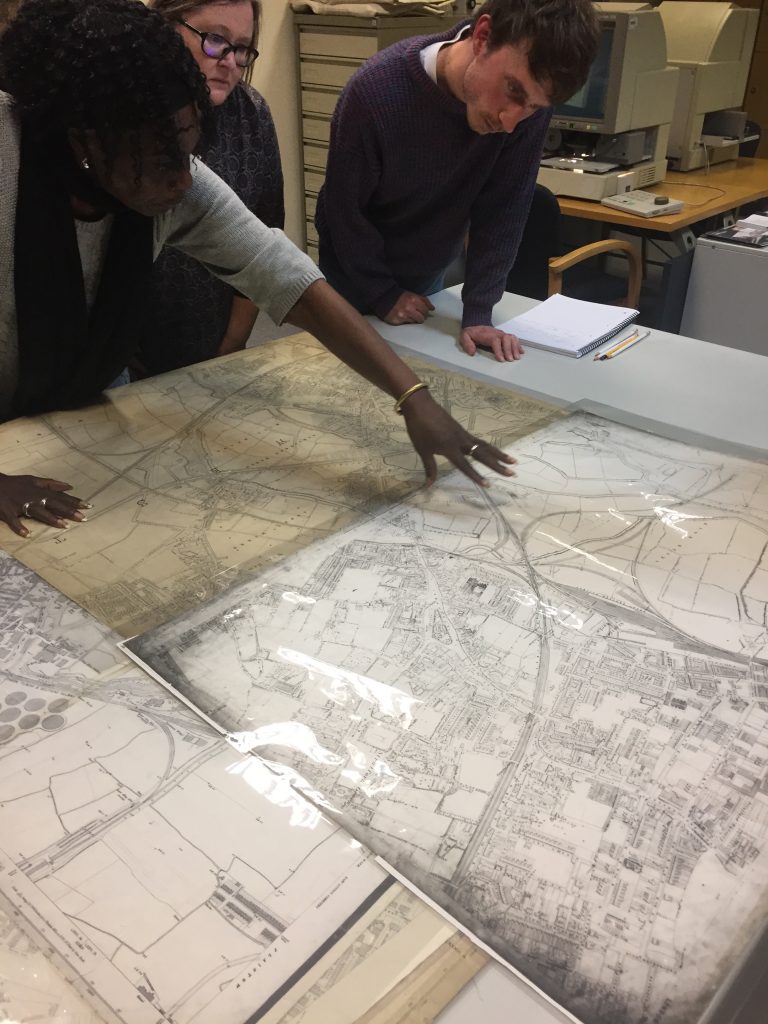 Looking at Maps showing the change from Marshland to industry. Image Courtesy of London Borough of Newham Archives

The idea of a map, to represent spatial relationships and to make a 2D representation of a physical area is an important part of the history of humans. In the Newham archive we looked at the Chapman and Andre map from 1777, the Clayton Map from 1821 and the Ordnance Survey map of 1894. These maps showed us the development of the area of Stratford from a collection of pig farms, marshes and a mainly agricultural infrastructure through to a highly industrial area with residential areas for workers, a railway, brickworks, distilleries and soapworks. The maps represented the Industrial Revolution and development of the area of Stratford and in some way the industrial development of England as a whole. Through the industrial revlolution wood was extensively used in almost every capacity form railway sleepers to wooden printing blocks. 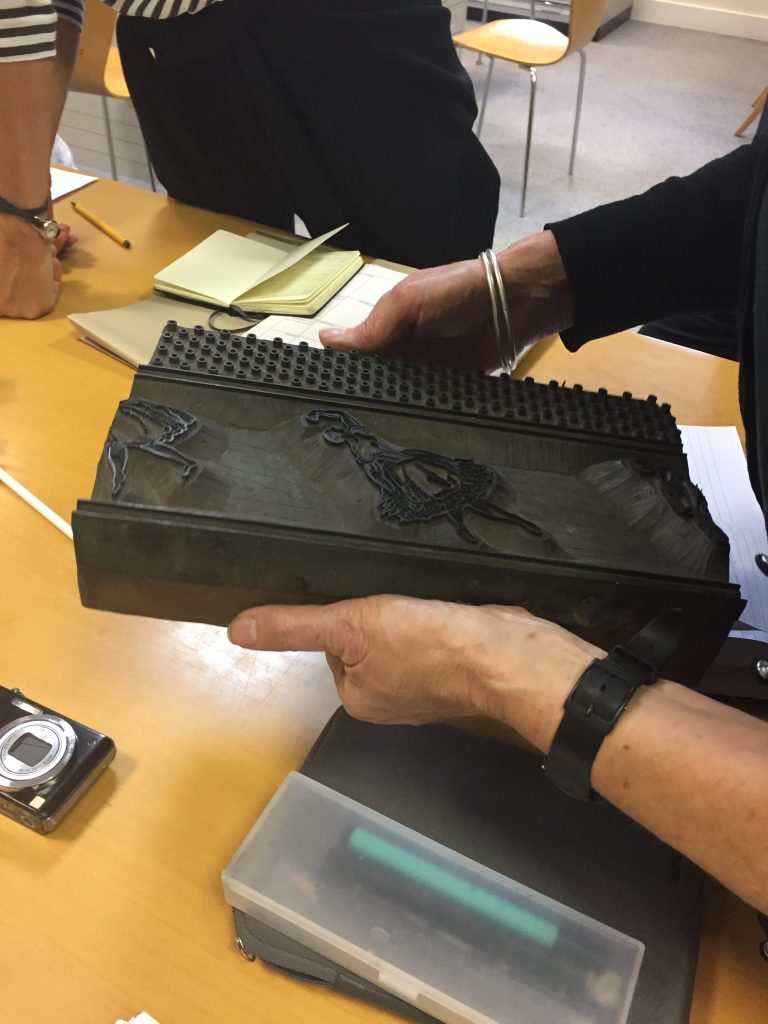 Through an investigation of the microfiche trade directory’s from 1903/ 1904, a proliferation of companies with a dependence on wood can be seen from coach builders to building merchants and undertakers.

What this initial investigation into Newham Archive, the maps and the industrialisation of Stratford also tell us is how important the transportation and use of the raw material of wood was from the colonies to fuel the insatiable appetite of the industrial revolution, the British Empire and the new consumer led social classes. 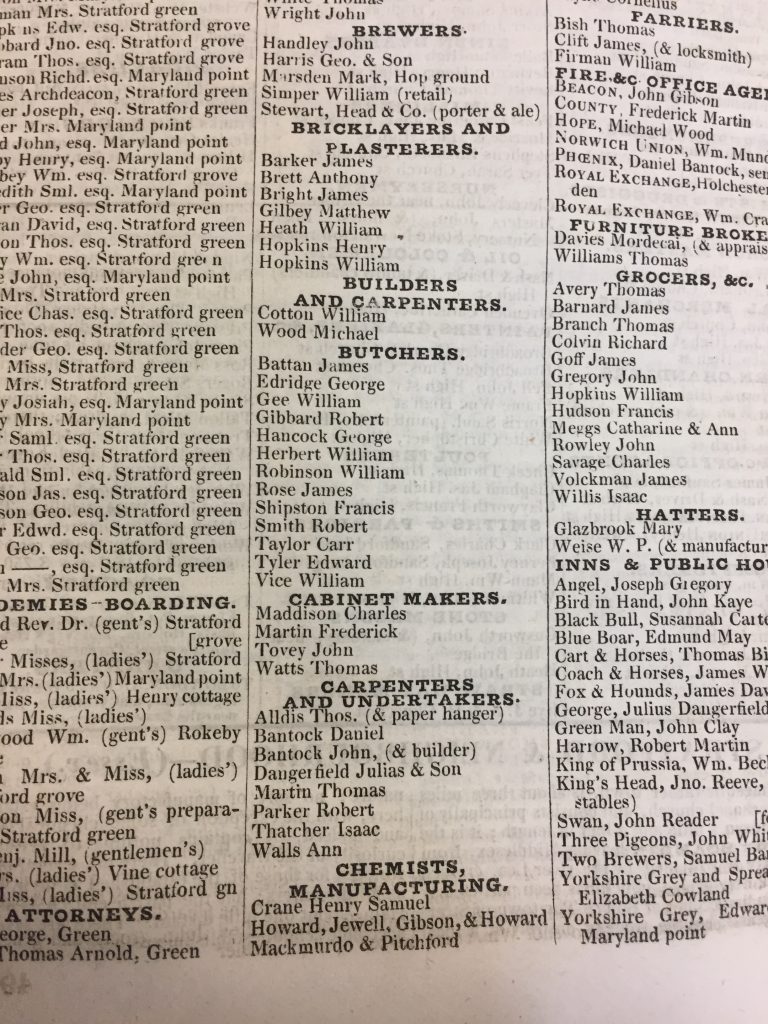 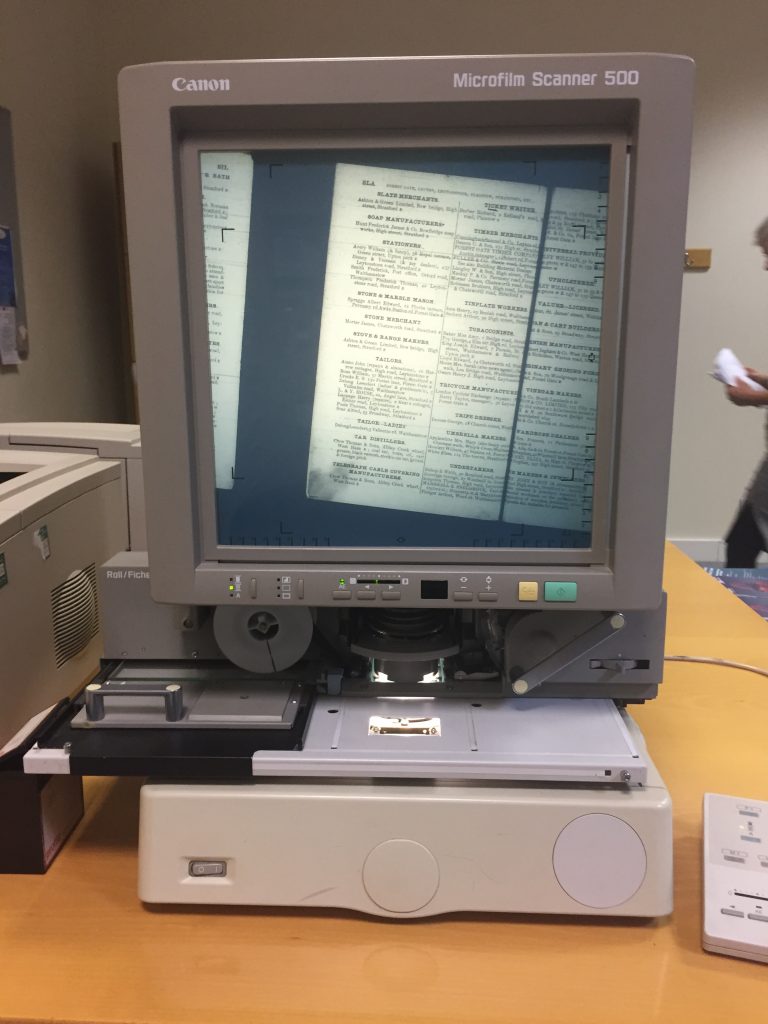 Scanning the archives and looking for clues using a Microfilm reader. Image Courtesy of London Borough of Newham Archives